Fidel Namisi
screenwriter and novelist
Home Can The Arts Be Taught In An Academic Setting?
Post
Cancel

Can The Arts Be Taught In An Academic Setting? 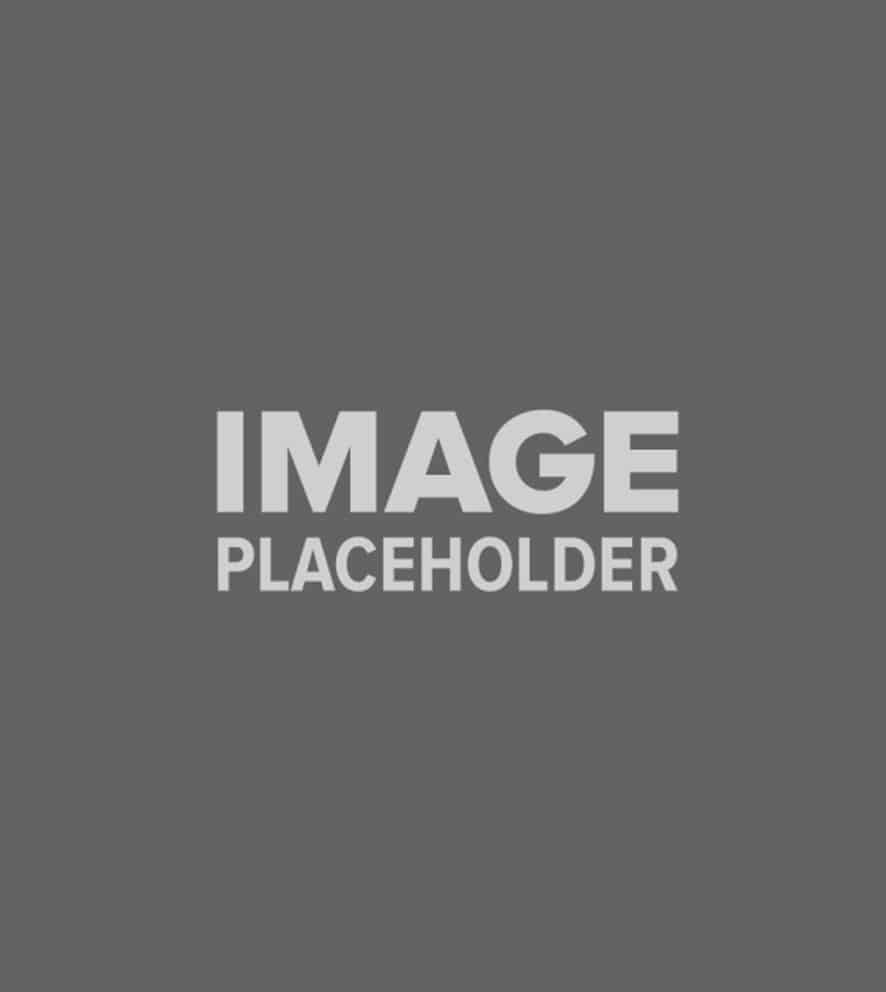 I was in the first semester of second year majoring in TV and Film Studies, when I picked up an elective on screenwriting.

I quickly realized that I wasn’t learning anything useful or practical.

I didn’t continue with it in the second semester, but opted rather to sign up for a course with the South African Writers Guild. My reasoning was that at least there, I would be taught by working writers, which was not the case in university.

At the Writers Guild of South Africa course, again the niggling doubt returned: I felt that I wasn’t learning anything really, and that it wasn’t worth my while. But, the teachers were awesome people, and were working writers, so I changed strategy.

I started asking them, week in, week out, about how to get onto a tv show as a writer. The first bit of advice they gave me was to write spec scripts for existing shows and send them to the head writers of those shows. So I asked them to the contacts of headwriters, which they said they’d give me, but they didn’t quite get around to doing it.

Meanwhile, while I waited, I changed tactics again.I started asking them directly, “How about I write spec scripts of YOUR shows?” After a couple of months of me pestering them, they eventually agreed to let me write a couple of spec scripts. They liked the specs, and hired me onto the show.

By that time, I was in my third year of a 4 year TV and Film degree. I had decided to never do screenwriting in university again, after that one semester in second year. But I was already working as a writer and making some income from it. The entire experience had cast a deep shadow of doubt over the whole endeavour of trying to learn screenwriting in an academic setting. However, I simply didn’t have the vocabulary to explain what I was intuiting.

But it wasn’t until I was in 4th year that I stumbled upon an explanation. By that time, I was so disillusioned with what we were doing in school, that I would skip classes and spend time in the library, reading as many non-prescribed texts on TV, Film and Art as I could get my hands on. This was because I had realized that all our prescribed readings belonged to the deconstructionist/ postmodernist school of thought, and my gut told me that if everyone is walking in the same direction, it would be wise to explore other paths. And that is what I did.

It was during that time that I came across “Art and Scholasticism” by Jacques Maritain, a book that finally gave me the words to explain what had been an intuitive feeling for me since second year.

It’s a book worth re-reading in its entirety, but here, I will only reproduce the sections that pertain to the point I’m expanding on.

”..the manner in which education cultivates the natural dispositions may atrophy the spontaneous gift instead of developing the habitus (talent) especially if this manner is material and rotten with recipes and clever devices – or again if it is theoretical and speculative instead of being operative, for the practical intellect, on which the rules of the arts depend, proceeds by positing an effect in being, not by proving or demonstrating; and often those who best possess the rules of an art are the least capable of formulating them. From this point of view one must deplore the substitution (begun by Colbert, completed by the Revolution) of the academic teaching of the schools for corporate apprenticeship.[85] By the very fact that art is a virtue of the practical intellect, the mode of teaching that by nature belongs to it is apprenticeship-education, the working-novitiate under a master and in the presence of the real, not lessons distributed by professors; and, to tell the truth, the very notion of a School of Fine Arts, especially in the sense in which the modern body politic understands this phrase, conceals as deep a misunderstanding of things as the notion, for instance, of an Advanced Course in Virtue. Hence the revolts of a Cézanne against the Academy and against the professors, revolts directed, in reality, chiefly against a barbarous conception of artistic education. (Excerpt from https://maritain.nd.edu/jmc/etext/art6.htm Accessed 28-11-2020) The Footnote [85] gives us where the mistake happened in history: 85.As is known, the Royal Academy of Painting and Sculpture was ultimately established in 1633. “I would mention here A. Vaillant’s Théorie de l’Architecture (Paris, 1919). On the subject of academicism, as on the generic notion of art, the author’s thesis, which is based on a very sincere though somewhat narrow positivism, happily coincides with the thought of the Schoolmen. “It was during the reign of Louis XIV,” writes M. Vaillant, “that the teaching of the Fine Arts began to assume the scholastic character which we now know. . . . It must be admitted that academic influence was very great, but as yet in no way harmful: the reason being that the empirical methods of the Masters of apprenticeship and their ancient customs remained in full vigor down to the suppression of the guilds. As they declined, the results of the teaching diminished too: for doctrine, which is the soul of art, was naturally contained in the traditions, in the manner in which the artist received and assimilated la commande and responded to it . . . “As long as apprenticeship was the means of formation of artists and artisans, no necessity for any general theory was felt. Architects, in particular, had a method, which resulted from the example of and intimate collaboration with the professional life of the master, as Étienne Boileau’s Livre des Métiers shows so well. When teaching was substituted for the living and highly varied action of the master, a grave error was committed.
“The academic breach with the daubers of painting and the marble-stained polishers of marble procured no advantage for art or the artist; and it deprived the workman of healthy contact with the superior and the excellent. Academicians, too, ceased to be independent and lost along with technique the rational organization of art work.” One consequence of the divorce was the disappearance of the technique of color grinding. In the course of time artists lost the feeling for the chemical reactions which colors and coloring materials undergo due to mixing, the nature of the binding material and the manner of application. “Van Eyck’s pictures, five centuries old, have still their original freshness. Can modern pictures,” asks M. Vaillant, “hope for such a protracted youth?” “How leaden modern painting is becoming”’ replies M. Jacques Blanche, speaking of Manet. “In a few years the most sparkling picture has already become powdery and is ruined. We admire ruins, ruins dating from yesterday. You do not know what Le Linge was like when it first appeared! I would be ready to accuse myself or to bewail the state of my eyes, if I had not been a witness, during these last five years, of the destruction of a masterpiece, Delacroix’s Trajan in the Rouen Gallery. I saw it become tarnished and crack, and now it is nothing but brown paste . . .” (Jacques-Émile Blanche, Propos de peintre, de David à Degas, Paris, 1919).
Augustin Cochin, for his part, wrote: “The academic teaching inaugurated [or better, erected into a unique and universal law] by the Encyclopedists, from Diderot to Condorcet, killed popular art in a generation, a phenomenon which is perhaps unique in history. Teaching in school instead of forming in the studio, having someone learn lessons instead of having him practise making – explaining instead of showing and correcting – it is this that constitutes the reform conceived by the philosophers and imposed by the Revolution. Isolated artists have survived, but like rocks battered by the sea of banality and ignorance, not like great trees in the forest.” (“Les Sociétés de pensée,” in the Correspondant of February 10, 1920.) (Excerpt from https://maritain.nd.edu/jmc/etext/artfn.htm#85. Accessed 28-11-2020)

Reading and reflecting on the above, over the course of several years, I feel has somewhat distanced me, at the level of thinking and world-view, from the world of academia. I admit that I may have fallen into a bit of mental extermism, because I opine that most of the subjects taught in universities shouldn’t be taught there at all, because they are practical disciplines, not speculative ones. Here lies the distinction: practical disciplines rely on thinking about doing, and speculative disciplines rely on thinking about thinking. Practical disciplines have an output beyond the thinking itself: examples include all the arts, medicine, engineering and accounting. Speculative disciplines have the thought itself as the output: examples include philosophy, mathematics and law. It is the latter that properly belong in the academic setting, not the former.

A more recent author who explains this idea brilliantly is Mortimer Adler, who has this to say in “How to Speak, How to Listen”:

“Lectures and other forms of instructive speech are teaching by telling. This is didactic teaching. The seminar is different. It is teaching by asking and by a discussion conducted through questions asked and answered and with answers often disputed. This is Socratic teaching. There is a third form of teaching, which is coaching. This is indispensable for the development of intellectual skills as much as it is for athletic and bodily skills. The skills of reading and writing, of speaking and listening, and of observing, calculating, measuring, and estimating, cannot be inculcated by means of didactic instruction. Skilled habits can be formed only through practise under supervision by a coach who corrects wrong moves and requires that right ones be made. The three kinds of teaching—didactic, Socratic, and coaching—are correlated with three kinds of learning. The acquisition of organized knowledge in basic fields of subject matter is the kind of learning that is aided by didactic teaching—teaching by telling, lectures, and textbooks. The development of all the intellectual skills is the kind of learning that requires coaching. The third form of teaching—the Socratic method of teaching by asking and by discussion—facilitates the kind of learning that is an enlargement of the understanding of basic ideas and values.” (Excerpt From: Mortimer J. Adler. “How to Speak How to Listen”. Apple Books.)

In conclusion, do I think that the Arts can be taught? No, they cannot be taught. They can only be learnt. The onus is on the student to place themselves, by hook or by crook, in an environment where they will be forced to develop the talents lying undeveloped within themselves. After placing themselves in such an environment comes several years, if not decades, of patiently outputting artistic productions into the real-world environment, where they can receive real-world feedback. The whole concept of “art school” as commonly held and accepted by the world today is the easy way out, and like most easy ways out, is insufficient.

In The Eyes of the Beholder - Film, Beauty and Analytical Philosophy

I wrote this essay in 2007, in part-fulfilment of my honors degree in Dramatic Arts. In it I challenged the theoretical frameworks and schools of thought that had informed my four-year course ...

Photo by Arthur Mazi on Unsplash Where NFTs are concerned, I’ve become rather cautious. Let me explain. I feel that people who are either not artists or who have allowed their artistic talent ...

HOW TO READ A BOOK by Mortimer J. Adler and Charles van Doren The aim of the book is to get readers to be active when reading a book. Active reading means asking the book the right questions,...

Getting My Attention Back